Some of you may be aware that one of the many benefits of living in a home built to Building Biology standards is the assurance that the home was built using regulations that specify minimising exposure to electromagnetic fields and wireless radiation. Those interested in minimising our exposure to these types of proven risks will no doubt be interested in the 5G debate.

5G, or ‘5th Generation’ is the next step up from 4G, only using more advanced technology. The proposed added benefits of 5G are that it is a ‘software defined network’, using more of ‘the cloud’ and moving towards everything being wireless, providing lightning speeds and the ability to enable us to champion technologies such as self driving cars. The problem is that to accomplish this 5G uses dramatically higher frequencies, with shorter wavelengths. To cope with the shorter wavelengths the plan is to install 200 times more small cell towers as we have currently, cutting down trees and drenching us in 5G RF Radiation. To gain perspective as to how many towers that is, imagine a cell tower every 500 feet along every single street in urban areas. This has already started in many cities. In fact, 5G is being tested here at Bristol University.

What is said to be the risks of 5G?

5G will be using 10 to 40 times the frequency of our current RF Radiation. In fact it will use near military level frequencies (the military used microwaves as a weapon) and will be at a level much higher than your microwave cooker. There are many concerns that have been raised by scientists worldwide, but an example is by Joel M Moskowitz, PhD, University of California, Berkeley, who raised issues of how data transfer in bursts and spikes heats the skin, and expressed concerns about male infertility and WiFi exposure.

Concerns about shorter electromagnetic pulses have been raised for decades prior to recent petitions. Arthur Firstenberg wrote in Microwave News in 2002- ‘When an ordinary electromagnetic field enters the body, it causes charges to move and currents to flow. But when extremely short electromagnetic pulses enter the body [5G], something else happens: the moving charges themselves become little antennas that re-radiate the electromagnetic field and send it deeper into the body. These re-radiated waves are called Brillouin precursors. They become significant when either the power or the phase of the waves changes rapidly enough. 5G will probably satisfy both requirements. This means that the reassurance we are being given—that these millimeter waves are too short to penetrate far into the body—is not true.’
Critics passionately debate whether we should be implementing 5G when there has not been enough testing as to the safety of millimetre wavelength used in 5G technology, and some have dubbed it an experiment on humanity.

The 5G appeal, signed by over 240 scientists and medical doctors, expresses grave concerns and calls for the EU to halt the rollout of 5G. Reasons cited for their concerns include ‘increased cancer risk, cellular stress, increase in harmful free radicals, genetic damages, structural and functional changes of the reproductive system, learning and memory deficits, neurological disorders, and negative impacts on general well-being in humans’ (www.5gappeal.eu). The response from the EU? You can read for yourself- ‘There is consistent evidence presented by national and international bodies (International Commission on Non Ionising Radiation Protection – ICNIRP, Scientific Committee on Emerging and Newly Identified Health Risks – SCENIHR) that exposure to electromagnetic fields does not represent a health risk, if it remains below the limits set by Council Recommendation 1999/519/EC1.’ The FCC and The food and drug administration have both denied the risks of 5G. They say the majority of studies have found no link between radio frequency signals and disease.

Have any government shown concern?

Yes, quite a few. As examples, the Belgian government recently stopped a 5G test over worries about the safety of the radiation from the base stations. Switzerland are monitoring the effects of 5G amid concerns, and Dutch MPs are prompting a review into the effects of 5G.

How can we limit our exposure to 5G?

Some suggestions have been made in the following Building Biology article-

Other suggestions include using an anti radiation head set or speaker mode whilst speaking on mobile phones, refusing to use 5G mobile phones and discouraging others, not getting a smart meter, which transmit high levels of 5G radiation, and protecting yourself with an EMF shield.

Many oppose the movement attempting to halt the rollout of 5G, and brand it an exaggerated conspiracy theory, and ‘kind of rehashed from 4G and everything else before,” says David Grimes, a physicist, cancer researcher and science writer. The New York Times even published an article suggesting the spread of misinformation by Russians eager to get ahead of the 5G game.

Which ever stance you choose to favour I’m sure no one can deny the importance of such a critical issue, and share our bewilderment at the lack of propagation of public knowledge and sufficient testing of this new controversial technological advancement already in the process of being rolled out in the UK and beyond.

Building Biology argues to design out any potential risk to human health or the environment
If 5G is not a risk, what is…?

Is 5G Worth the Risks?

« Blog: Heat recovery ventilation systems. What are they and why are they beneficial? » Update: Passive House- latest photos 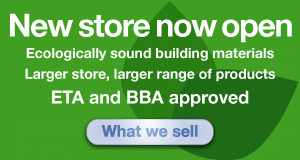 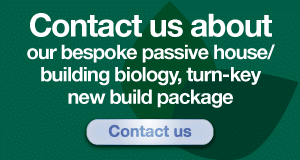